Posted by Rev. Bren Jacobson at 9:11 AM No comments:

The largest group of people I have rolfed has been workers in the health professions including doctors (212), nurses, physical therapists, psychotherapists, massage therapists, occupational therapists, acupuncturists, chiropractors, and osteopaths.  The next largest group includes performance artist: dancers, actors, singers and musicians.  Following that group comes athletes; mostly runners and golfers.

I have rolfed people in 24 countries from 6 months old to 92 years old.

Michelle Kwan and Elvis Stojko, 1998 Olympic Silver Medalists,have found they have a competitive advantage by working with a team of specialists that included Helen James, Physical Therapist, and Certified Advanced Rolfer. Elvis Stojko introduced Helen James, Certified Advanced Rolfer to Michelle Kwan in July during the Campbell Soup Tour of World Figure Skating Champions. Stojko, who has benefited from James' physical therapy and Rolfing expertise says, "Rolfing helped me to find my center of balance for competition; it puts my body in place." Working with Olympic and world champion figure skaters is nothing new for James. She says, "It's key for figure skaters like Michelle and Elvis, to find an exact balanced position in space. Balance and integration are the primary goals of the Rolfing process. Athletes find they have fewer injuries and recover more quickly through Rolfing work," says James. "They feel lighter and have more energy because they're not working as hard. They perform and complete their jumps with more ease."
Bob Tewksbury, pitcher for the Minnesota Twins says, "I have received many benefits from Rolfing. In

1991, my massage therapist recommended it as a way to get a deeper level of work. Although the benefits of muscle work come and go depending on when and how regularly I get Rolfing work, I have noticed long lasting benefits with regard to my breathing, my posture and my body awareness. I have used Rolfing mainly in two areas, for my lower and upper back to help with flexibility and stiffness and to enhance my performance. I plan to use it again."
The Phoenix Suns were the first major NBA Basketball team to have a Certified Advanced Rolfer on hand, Jeffrey Maitland. "Phoenix Suns guard, Danny Ainge, who has received Rolfing for years, recommended the therapy to (Charles) Barkley. Other Suns, Mark West and A.C. Green, also have been Rolfed...with satisfactory results," reported the
Sarah Will, 1998 US Paralympic Gold Medal Skier, a member of the US Disabled Ski Team is a paraplegic athlete that credits her five gold metals to Rolfing. Will's says that "Rolfing gives you a competitive edge as an athlete."
Sharon Sander, ranked #2 on the US Pentathlon team, who's preparing to compete in the first women's Olympics pentathlon, says, "I recommend Rolfing for any athlete who has ever had trouble with injuries or doesn't feel like they are reaching their potential."
Joe Greene, two-time

Craig Swan, former N.Y. Mets pitcher, says, "Bodywork can extend athletic careers," says Swan, whose career ended from an sports injury. "I truly believe if I had been Rolfed in the early part of my career, I would still be pitching."Swan’s recovery from a pitching injury inspired him to become a Certified Rolfer and help others.
Celebrities
Leon Fleisher, virtuoso concert pianist: "When a crippling hand injury ended his performing career,
Levar Burton - "The Rolfer works on fascia which is the thin sheath of white tissue that covers the musculature. By manipulating the fascia you manipulate the musculature, and in turn the skeletal structure, so you bring alignment to the body... It can be very healing, cleansing and balancing for the body." Oprah - July 7, 1996

Health Professionals Larry Dossey, M.D., best-selling author: "There is one major reason to take Rolfing® seriously: it works. Not only can it dramatically change people's bodies, it can transform their lives as well. Rolfing is powerful stuff."
Jim Mongomery, MD, an orthopedic surgeon in
Karlis Ullis, MD, (team physician for 1992 summer Olympics), Sports Medicine and Anti-Aging Medical Group in
Certified Advanced Rolfer and MD, Dr. Bret Nye, speaks about alternative/complementary medicine, a cost effective, alternative to surgery and drugs - "Demand for the services of health practitioners like Rolfers is growing as evidenced by the Nov. 98 JAMA estimate of $21.2 billion being spent for alternative medicine in 97. Integrative health care, is a new trend, that combines Western and complementary medicines to offer the best technological advances in health care. Health insurance companies are increasingly becoming interested in therapies like Rolfing not only as potential cost effective alternatives or complements to traditional modalities, but as opportunities to provide coverage for services that will distinguish them in an increasingly competitive market place of providers."

what's it all about alfie


Rolfing® — A holistic approach to health 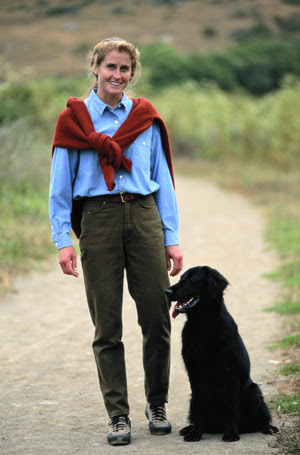 A person who feels out of alignment probably will have aches and pains and will often turn to anti-inflammatory drugs, muscle relaxants and painkillers.
by Deanna Melnychuk —
What does rolfing do that other complementary therapies do not? Why is it considered holistic?
Rolfing is more than a feel-good or fix-it alternative therapy. When connective tissue has been injured through accidents or invaded and cut via surgery, its nature is to create more connective tissue in the damaged area. This is a good thing, as the new connective tissue supports and strengthens the areas which are threatened. However, this is a problem when the internal and/or external connective tissue becomes so thick that it inhibits movement or actually pulls bones out of alignment.
A person who feels out of alignment probably will have aches and pains and will often turn to anti-inflammatory drugs, muscle relaxants and painkillers. There are times when these work, simply masking the real problem, and other times when they do not work.
If pharmaceuticals do not work, or if you prefer not to take drugs, it may be time to consider Rolfing Structural Integration. Each session in a 10-session rolfing series lasts between 75 and 90 minutes. The first three sessions create a base or foundation for the body’s unwinding over the next four sessions. The last three sessions integrate the physical changes into a holistic realignment.
Using hands, fingers, elbows and arms, a rolfer stretches and lengthens connective tissue which has been shortened, thickened or dehydrated. Fortunately, connective tissue is very resilient and, with appropriate deep touch within the structured series, old restrictions and body patterns are released. Following this up with cues about how to walk, stand, sit and move, the rolfer guides you to a new place of health and body awareness. Your body, once it is out of pain and is more vertically aligned in gravity, quickly begins to heal itself.
After rolfing, you may experience fewer colds and flu symptoms. One client remarked that her PMS was gone, while another was amazed that his digestive system was now functioning regularly. Still another was able to stop using his asthma inhaler.
Rolfing is not guaranteed to fix problems like these, but when your body’s immune system is working at an optimal level, you may be surprised at what spontaneously heals itself. As one 75-year-old car accident client said, “I feel lighter — like I’m floating.”
The benefits of rolfing include changes in the body’s physical structure to encourage improved posture, more flexibility, wider range of motion, enhanced athletic performance and greater body efficiency and vitality. At the same time, a sense of well-being develops as old patterns drop away. Greater emotional balance and expanded awareness also can occur. Rolfing is a body-mind-spirit experience — a holistic approach to health.