IF YOU SUFFER from back pain, you are not alone. According to doctors it's one of the most common complaints, and according to employers it's one of the main reasons why people miss work. It's estimated that as many as 80 percent of American adults suffer from back pain at some point in their lives.
Some of the common causes of back pain include: herniated disks, stenosis (narrowing of the spine, nerve compression), scoliosis (curving of the spine), spondylitis (spinal arthritis), tumors, poor posture, and too much stress and strain.
Another common, though frequently ignored cause, is obesity, which make spines tote an extra unhealthy load.
To prevent, treat and even reverse back pain, first and foremost, stay fit. Even if you're overweight or out of shape, you can take charge of your spinal health with simple exercises that will strengthen, tone and ease up the back pain.
If you want to say bye-bye to back pain, give these five options a try:
1. Stand up straight. That's right, follow Mom's advice. Maintaining good posture is, perhaps, the best way to prevent back pain and problems. Besides that, standing up straight will instantly make you look about 10 years younger.
Remember the old, imaginary string exercise: Pretend you're a puppet and when the imaginary string is pulled up, you straighten your spine, and your shoulders are rolled back in the proper position. And guess what - you can apply this same technique in a chair, instead of slumping over your computer.
2. Do the Superman. The Superman exercise is one of the simplest and easiest exercises to shape up your spine. Lie face down on the floor, stretch your arms out directly in front of you, press abdomen into floor, and simultaneously raise arms, chest, and legs, hold for a few seconds, and lower and repeat.
Ideally, perform 12 to 15 repetitions, for two to three sets.
3. Body band lat pull-down. Keep your upper back strengthened and toned with lat pull-downs. Lat pull-downs can be done with weights, body bands or even a rolled-up old towel. Sit in an armless chair or bench, or on a stability ball, grab a body band and pull it lengthwise with appropriate tension, slowly lower band to your sternum, while simultaneously squeezing your shoulder blades back and down. Once your elbows reach your waist, return to the starting position and repeat 12 to 15 repetitions, for two to three sets.
4. Classic cobra. This classic yoga pose strengthens all the muscles along the spine. Lie face down with legs extended and toes pointed; elbows are bent with palms and forehead on the floor. Next, squeeze buttocks together and press thighs, legs, and feet down into the floor; slowly lift head, elbows and chest, while simultaneously rolling the shoulders back and down.
Again, shoot for 12 to 15 repetitions for two to three sets.
5. Alternative back treatments. When I studied theater I was introduced to the Alexander Technique, which teaches you to reduce muscle overuse and regain control over your body's posture. I also was introduced to Rolfing at that time, which is a deep-tissue bodywork that restores and reshapes muscles to their proper position. With Rolfing, you may be pleasantly surprised, and also discover that you've grown an inch or two after treatment.
Also, I believe in the intelligence and power of the hands with acupressure. Similar to acupuncture (minus the needles), acupressure will stimulate pressure points with the fingers, to relieve pain, stress, improve circulation and restore health.

Read more at http://www.philly.com/philly/columnists/kimberly_garrison/20150617_Bye_Bye__back_pain.html#2Yhx0iZVmF8Z1c2T.99
Posted by Rev. Bren Jacobson at 6:12 AM No comments:

Google Survey FAQ
By Jen Mulson •  Updated: June 9, 2015 at 1:49 pm •  0
On a recent afternoon, I stood half-dressed in Feryl Webster's home office. The certified Rolfer/structural integrationist eyeballed me from bottom to top, noting posture and how I moved.

+ show more
"What is Rolfing?"
Meet local Rolfers, including Feryl Webster and Dixie M. Frank, at two 90-minute question-and-answer events: 6:30 p.m. Friday, Precision Fitness, 5612 N. Union Blvd.; and 6:30 p.m. July 16, Movement Arts Community Center, 525 E. Fountain Blvd., Suite 150. Cost is free. Call 310-3688 for details.
"We look at the body as a whole organ," said Webster, a Usui reiki master. "We look at form, function, structure, how the body moves through space. We look for dysfunctional patterns."
She picked out a ground-level problem quickly - my feet. Specifically, the large bunion on my right foot and its lesser, but still mighty, companion on my left. I earned the bony protrusions during a three-year love affair with running that thankfully is over.
Webster also noted other potential issues, including a propensity to lock out my knees and hyperextend when standing, an incongruity with my hips, and the difference in each side of my torso as I breathe.
Then began the most intense bodywork I've experienced.
, a biochemist, developed her bodywork system, also known as structural integration, in the 1930s. She saw the human body as capable of evolving and designed a classic 10-session series to manipulate and reorganize connective tissue and fascia.
Would it be cliche to say that Rolfing hurt so good?
Webster had me start on my back on the massage table, then moved me onto each side and finally onto my belly. She maneuvered around my body, using her hands, thumbs, fingers and elbows to press deeply on spots, holding anywhere from a few seconds to 30.
"We are separating layers of fascia from each other," she said. " is the connective tissue that surrounds the muscles, muscle fibers, tendons and ligaments. An example of it is the white film that you sometimes see on a cut of meat."
Not all of the 90-minute session had the same level of intensity, and the amount of sensation depended on where she worked on my body. It felt good to have my feet manipulated, and her work on my sacrum, parts of my hips and my spine was much less intense. But as soon as she reached the side of my thighs, I wanted to cry for my mama.
"The goal is not to send someone into a state where they can't breathe or relax into the work," said Dixie M. Frank, a local certified Rolfer and massage therapist. "I hear people say it's painful and it doesn't have to be, and not all the time. The intensity goes away in a second when the pressure is relieved."
In that initial session, if the pressure took me to a place I couldn't bear, I said something or made a noise and Webster retreated a few layers until the sensation was bearable.
The tender spots indicate adhesions in the fascia, Webster said, or a bunch of scar tissue from injuries. The Rolfer presses those spots to break up the tissue and loosen the fascia and connective tissue.
"Rolf would say, 'If it's in the body, it's everywhere in the body,'" Frank said. "A shoulder issue could be connected to a number of things. We look at it as a whole and not just addressing a symptom, with the idea the more you can address the whole structure and support the whole structure, something like that might take care of itself."
Rolf's 10-session series focuses on a different part of the body during each visit with a goal to reset alignment patterns and bring about improved movement, posture and ease.
"Some people in the Rolfing community say you must do the 10 series," Frank said. "Not all Rolfers hold to that. It's the optimal practice for going through the whole body. It brings balance, organization and support to the whole structure, but it may not be practical for people financially or time commitment-wise."
Rates for local Rolfing sessions range from about $95 to $150 for 75-90 minutes.
Though Rolfing is not to be confused with massage therapy, some moments did remind me of getting a deep massage, particularly when Webster used both hands to press and smooth large swaths of my body.
"The difference between us and massage therapists," she said, "is we observe the client standing. We look at the whole unit. If you come in with a shoulder ache, we won't just work on the shoulder. We look at what feeds into the shoulder and what is causing that shoulder to be dysfunctional."
Pain is the No. 1 reason most clients seek out a Rolfer, though there doesn't have to be anything wrong to schedule a session. Some go for help with posture and others because they've heard it can help in the aging process.
"Until you experience Rolfing, you don't have a sense or concept of it," Webster said. "There's no other way to put it except when you get off the table you feel light and spacious."
After we finished, Webster had me stand so she could observe any changes. Right away I noticed my toes looked better. My right big toe wasn't overlapping the second toe, and there was more space between all of them. But it was also the way I felt - like a million bucks - that sealed the deal.
It felt like something got accomplished in my body, and though I wouldn't exactly look forward to a Rolfing session like I would a massage, I would get Rolfed again.
Comment Policy
If you are a subscriber or registered user we welcome your comments. Please register or login with your gazette.com account to comment on a story. Click here for information.
×TRENDING RELATED ARTICLE
Blog: Big change at bluprintPowerYoga
Upcoming Events
SUNDAY, JUNE 14

Gutenberg! The Musical
The Lake Dillon Theatre Company
NEXT EVENTS
ADD EVENTSFULL CALENDAR
Recommended for you 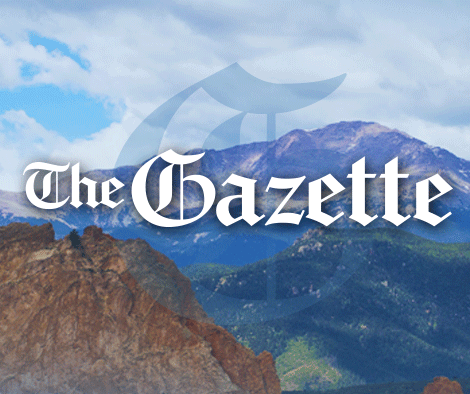